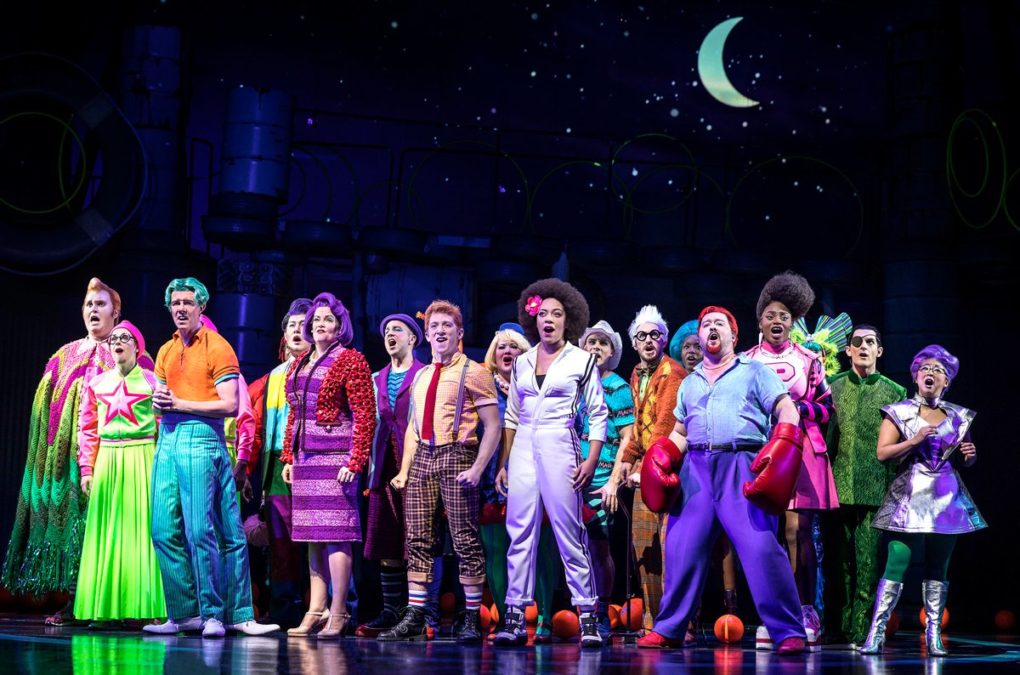 Tony-Nominated Musical SpongeBob SquarePants Will Make Waves Across the Country

Let's all do the Bikini Bottom Boogie because SpongeBob SquarePants: The Broadway Musical is launching a North American tour in fall 2019! The new tuner, co-conceived and directed by Tony nominee Tina Landau and based on the hit Nickelodeon cartoon, was nominated for 12 Tony Awards, including Best Musical, Best Score and Best Book, and 10 Broadway.com Audience Choice Awards. Tour cities and casting will be announced at a later date.

As previously reported, SpongeBob SquarePants will end its Broadway run September 16 at the Palace Theatre. The musical arrived in New York following a Chicago out-of-town try-out last summer. When it closes, the Broadway production will have played 29 previews and 327 regular previews.

In SpongeBob SquarePants, stakes are higher than ever as SpongeBob and all of Bikini Bottom face the total annihilation of their undersea world. Chaos erupts, lives hang in the balance and just when all hope seems lost, a most unexpected hero rises up and takes center stage.