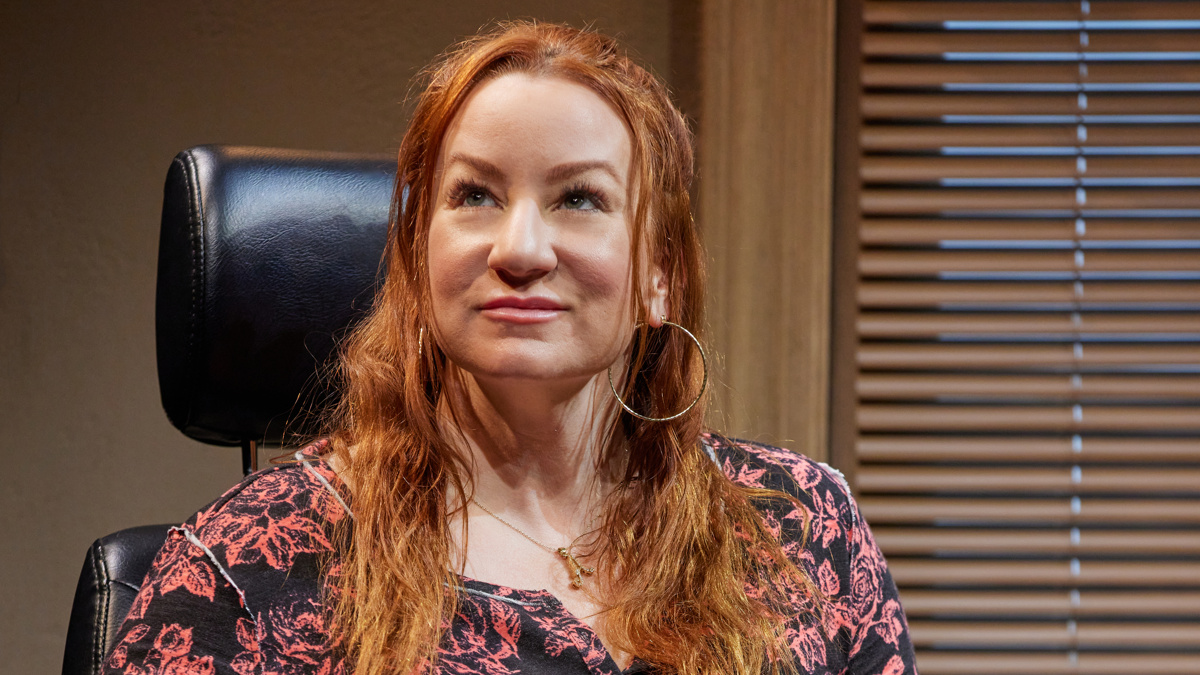 Theatergoers have through November 6 to catch Martyna Majok’s Cost of Living at the Samuel J. Friedman Theatre. The production marks the Pulitzer Prize-winning play’s Broadway premiere and performer Katy Sullivan‘s Main Stem debut. The story centers on four very different people, in four very different circumstances, including, Ani (Sullivan), who suffers a devastating accident. Sullivan, who herself was born a bilateral transfemoral amputee, spoke with Broadway.com Editor-in-Chief Paul Wontorek at Sardi’s about what drew her to Majok’s play, her journey to the stage and breaking barriers.

Sullivan first received Majok’s script a little over six years ago. She starred in the Lucille Lortel Award-winning off-Broadway production in 2017 and won a Theatre World Award. “I was like, ‘This is terrifying—I should probably do it,'” she said about the play. Her character is a quadriplegic following a tragic accident and must navigate her ex-husband’s intentions to care for her in the show. Yet, the character’s disability isn’t the story’s focal point: “I’ve done a lot of TV work where you’re either the hero, or something tragic is about to happen. To get this three-dimensional character who’s flawed, who’s angry, who’s not looked at as a victim or a hero—it’s extraordinary.”

Before her Broadway debut, Sullivan was a Paralympic track and field athlete. “I got my first pair of prosthetics when I was one because I just started to stand up. Babies are like, ‘We got stuff to do. My bottle’s over there.’ My parents really let me fall on my face and try things and figure out how to get back up and keep going,” she said. “I think that that really has played a huge role in just my character and my life as an adult and a professional.”

Sullivan hopes to inspire others with her performance in Cost of Living. “I saw a children’s theater production in Alabama of Charlie and the Chocolate Factory when I was in second grade, and the girl who played Violet went to my school. I was like, ‘Hold my juice box. Let me up there!'” she said with a laugh. “It’s all I’ve ever wanted to do. At that point in my life, I had no one to point to to say, ‘This is possible.’ I’m really glad that there are little girls out there now that have someone to point to.”  Sullivan’s next big dream? Joining the Marvel movie universe: “I mean, I would rock a latex suit like no one else.”

Check out the interview below and head here to check your local listings for The Broadway Show. Hosted by Emmy-winning anchor Tamsen Fadal, it is the only nationally syndicated weekly theater news program.