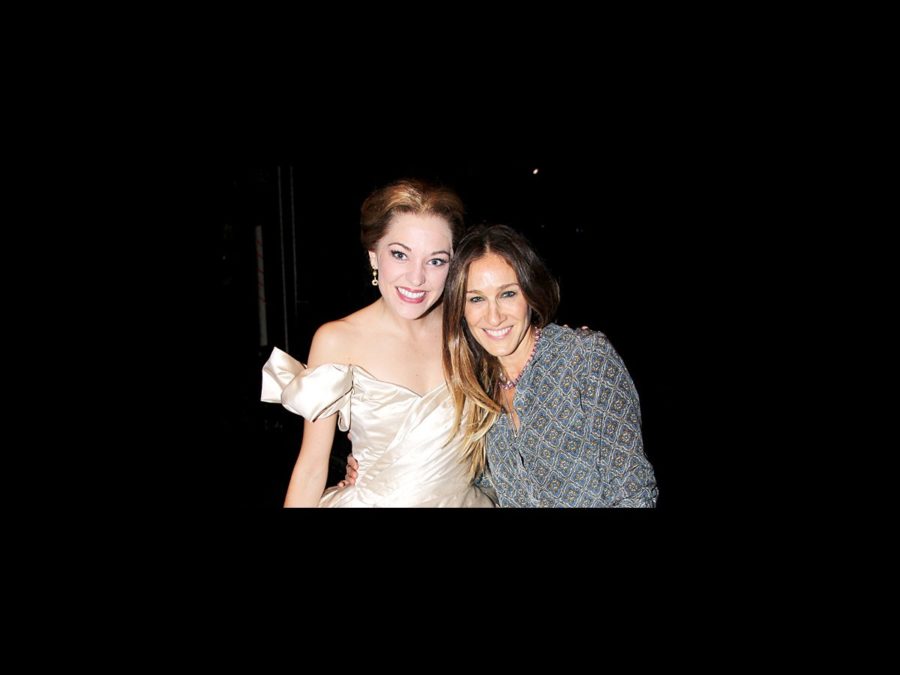 
Sarah Jessica Parker and Matthew Broderick know that it’s never too early to introduce kids to the joy of live theater! Their 11-year-old son, James Wilkie, has accompanied Mom and Dad to Broadway openings, and now four-year-old twins Tabitha and Marion Loretta are learning to love the Great White Way. On September 29, Parker (headed off-Broadway next month in The Commons of Pensacola) and Broderick (wearing a sling after recent rotator cuff surgery) took their little girls to see Cinderella. After the show, the family headed backstage at the Broadway Theatre to say hello to title star Laura Osnes and Andy Jones (on for Santino Fontana) and get a close-up view of those crystal-studded glass slippers. Click through for Broadway.com’s exclusive photos!