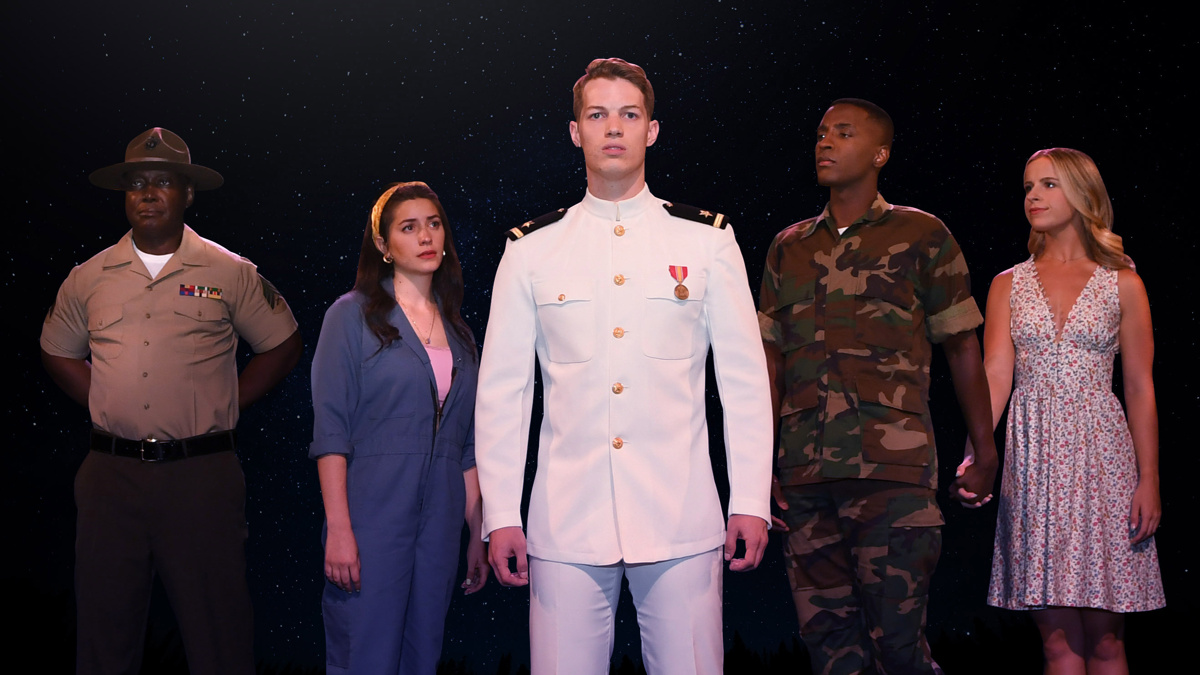 Attention! The new musical An Officer and a Gentleman, based on the Oscar-winning film and original screenplay by Douglas Day Stewart, will have its world premiere in Las Vegas at The Smith Center for the Performing Arts on October 26 prior a multi-season national tour that will visit more than 50 cities in the 2021-2022 season. An Officer and a Gentleman is written and directed by Tony nominee Dick Scanlan and features a score of 1980s music that includes hits from Rick Springfield, Styx, Debbie Gibson, Richard Marx, Wilson Phillips, Pat Benatar and the Grammy-winning hit single “Up Where We Belong.”

An Officer and a Gentleman tells the story of Zack Mayo as he is in the U.S. Navy’s Officer Training School and his relationship with Drill Sergeant Foley, who is determined to weed out all those unable to pass the strenuous tests of knowledge, coordination and strength. On his journey of self-discovery, Zack finds comfort in the arms of a strong-willed local factory worker. But it isn’t until tragedy befalls a fellow candidate that Zack learns the importance of friendship, commitment and honor, finds the courage to be his best self and wins the heart of the woman he loves.

The musical features choreography by Patricia Wilcox, music supervision by Dan Lipton and orchestrations by Lipton and Nathan Dame with scenic design by Brett Banakis, costume design by Emilio Sosa, lighting design by Jen Schriever, sound design by Jon Weston, wig & hair design by Kelley Jordan and video design by Austin Switser. The live stage production is based on an original book by Douglas Day Stewart and Sharleen Cooper Cohen.

Check out the trailer below!