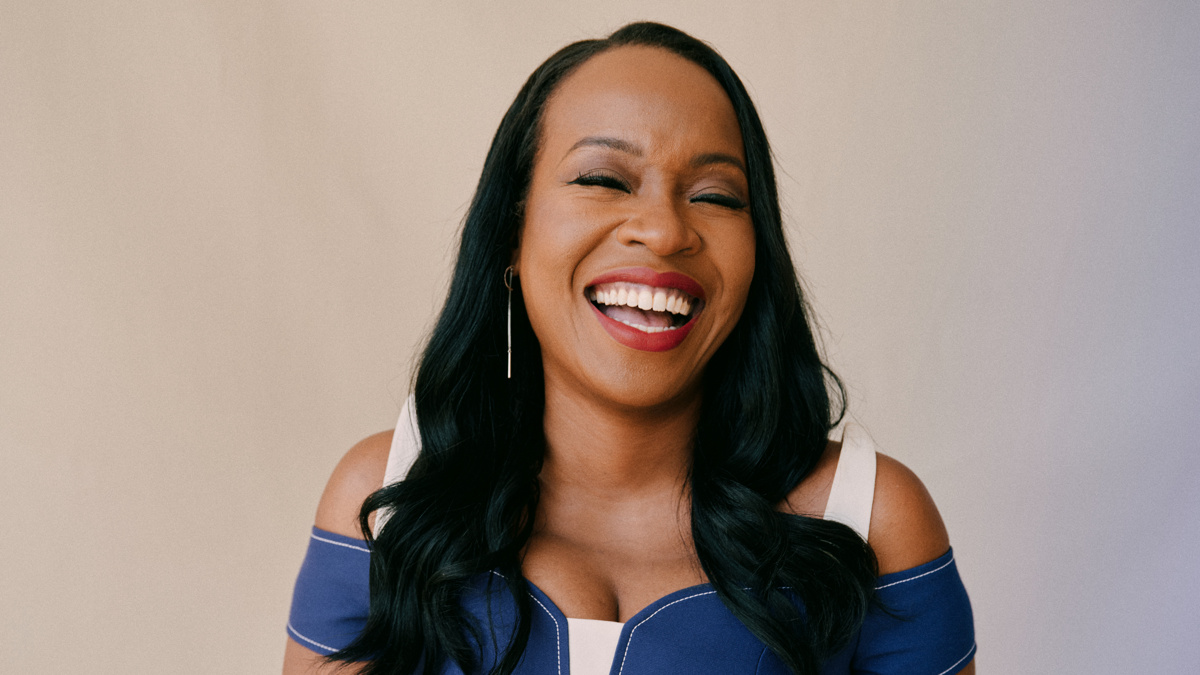 Broadway’s biggest night is just days away, and The Broadway Show with Tamsen Fadal is celebrating first-time Tony nominees. Broadway.com Editor-in-Chief Paul Wontorek sat down with Girl From the North Country‘s Jeannette Bayardelle, The Skin of Our Teeth’s Gabby Beans, POTUS‘  Rachel Dratch, MJ‘s Myles Frost and Take Me Out‘s Michael Oberholtzer. Here’s a sneak peek of this special episode!

Jeannette Bayardelle didn’t listen to Bob Dylan growing up. “Girl From the North Country was really my introduction to his music,” she said. “But that was one of the things that drew me to the show, learning the material.” Like her character Mrs. Neilsen, the Bronx native is a glass-half-full type of person, meeting challenges with gratitude.

The show, written and directd by Conor McPherson, spotlights strangers coming together in a boarding house in Duluth, Minnesota during the Great Depression. It speaks to life’s harshness and hope. Originally scheduled to play through June 11, the musical, which received even Tony nominations, has been extended through June 19.

“I’m grateful for this opportunity, and I don’t want to take it for granted, so I’m taking in every moment,” Bayardelle said. She and co-star Mare Winningham are nominated for their performances, and Bayardelle doesn’t take the honor lightly after facing the challenges of the Broadway shutdown. “We weathered so many other storms, and we overcame so many things just opening up in 2020, then 2021, then 2022. We were just happy to be back on Broadway with people coming to see the show. So, this is just a bonus—a beautiful bonus!”

“I knew that I was part of this special project from day one,” Bayardelle said. “I remember walking up to Conor—I had just met him—and I’m like, ‘I read the script. This is a really good script. There’s something really special about this piece. I don’t know what it is yet, but there’s really something special about it, and I’m happy to be here.'”

Bayardelle started performing at an early age and attended LaGuardia High School. She made her Broadway debut as a swing in the original production of The Color Purple, which saw fellow 2022 Tony nominees LaChanze and Kenita R. Miller play the role of Celie. Bayardelle played the role on Broadway and on tour. “I’m very happy that I started off as a swing because that helped make me and my gifts stronger,” she said. “I was covering 11 different people. I give it up to all the swings who cover shows.”

Paying it forward is big for Bayardelle—literally. She has created Broadway to Wall Street, a set of online courses intended to introduce those in the arts to the stock market. “When you have financial literacy, you can be a much happier performer,” she said. “You’re going to take roles that you are passionate about. You’re not going to just take roles because, ‘Oh, I need the money.’ So, you’re a happier performer. You’re going to get into casts and into companies that you’re like, ‘You know what? This story sat with me, and I’m doing it because I love it. Not because I need to.’ It’s very empowering.”

Bayardelle shares her Tony category with Shoshana Bean, Jayne Houdyshell, L Morgan Lee, Patti LuPone and Jennifer Simard. “I feel like everybody on Broadway—we’re winners because we are doing something that so many other people set out to do that couldn’t do,” she said. “We are doing it every night. You don’t need a Tony to say, ‘Oh, I’m a winner.’ You’re a winner because you’re in this cast. You’re a winner because you’re doing what you love. You came to New York with a dream, and you’re making it happen.'”

The Broadway Show with Tamsen Fadal 2022 Tony Awards Special airs on 100+ stations across the country all weekend and in New York City on PIX11 at 6:30PM ET on Tony Sunday, June 12.