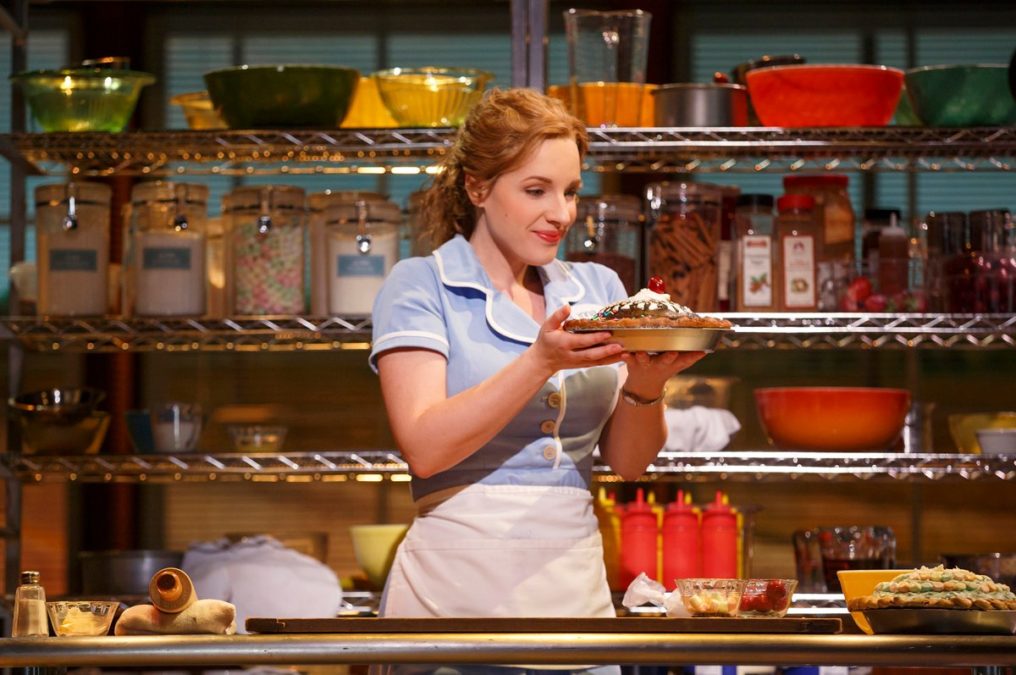 Everything changes. Jessie Mueller is set to play her final performance as Jenna in Broadway's Waitress on March 26, 2017; her replacement will be announced soon. The show is currently booking through June 11 at the Brooks Atkinson Theatre.

Directed by Diane Paulus, Waitress marks five-time Grammy nominee Sara Bareilles' stage-writing debut. Based on the 2007 film by the late Adrienne Shelly and book by Jessie Nelson, the tuner follows Jenna, a small town waitress stuck in a loveless marriage. As a nearby baking contest approaches (and a new doctor comes to town), she’s torn between her commitments and—thanks to her pie-making expertise—a chance at freedom.