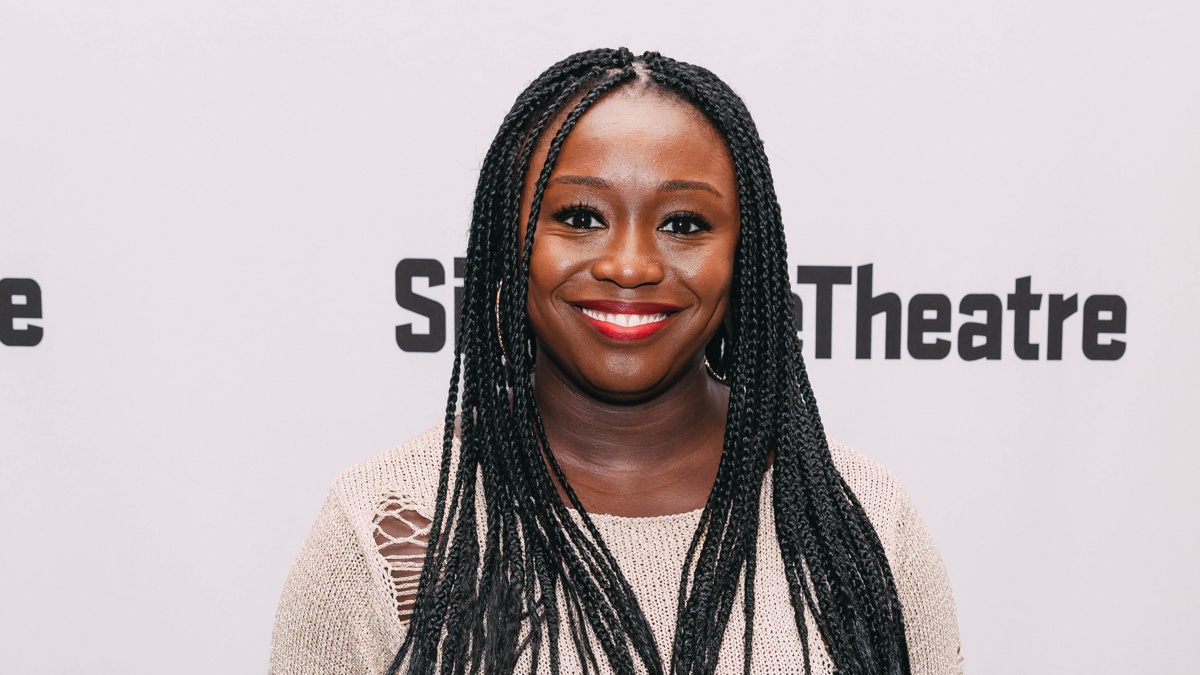 Playwright Jocelyn Bioh, whose play School Girls; or, the African Mean Girls Play won the 2018 Lucille Lortel Award for Outstanding Play, the Outer Critics Circle John Gassner Award for New American Playwright and the Dramatists Guild Hull-Warriner Award, is back on the boards this season. Her play Nollywood Dreams just opened at off-Broadway’s MCC Theater on November 11. Originally set to play in 2020, Nollywood Dreams was postponed due to the theater shutdown. Broadway.com correspondent Charlie Cooper chatted with the playwright on The Broadway Show about what it’s like to see her show finally take the stage and more.

Nollywood Dreams opened off-Broadway 20 months after the play was originally set to begin performances, and Bioh can’t believe the moment has finally arrived. “It feels a little surreal,” she said. “We walked back into the room just a few days ago to start rehearsals again, and everything was as it was when we left it. The scripts were still there, the props and some of the costume pieces were still there. It’s kind of like the rapture happened. Also, it felt warm and fuzzy inside. Kind of like on Christmas morning like ‘Yay! We get to unwrap this present.'”

In the play, a young girl working at her parents’ travel agency lands the movie audition of a lifetime and goes head-to-head with a former leading lady. “Nollywood Dreams could honestly be called Hollywood Dreams,” Bioh said. “It’s about a young ingenue who’s trying to break into the business. What’s baked into the story is also an immigrant narrative of what it’s like trying to come to America, trying to pursue your American dreams, your Hollywood dream and what happens when reality sets in. Nollywood, which is the nickname for the Nigerian or West African film industry, is unique and kind of melodramatic film genre. I want to introduce people who maybe are not as familiar [with Nollywood] to come and see what the world is like and to have an appreciation for what the industry is like outside of America.”

Watch the full interview below, and head here to check your local listings for The Broadway Show. Hosted by Emmy-winning anchor Tamsen Fadal, it is the only nationally syndicated weekly theater news program