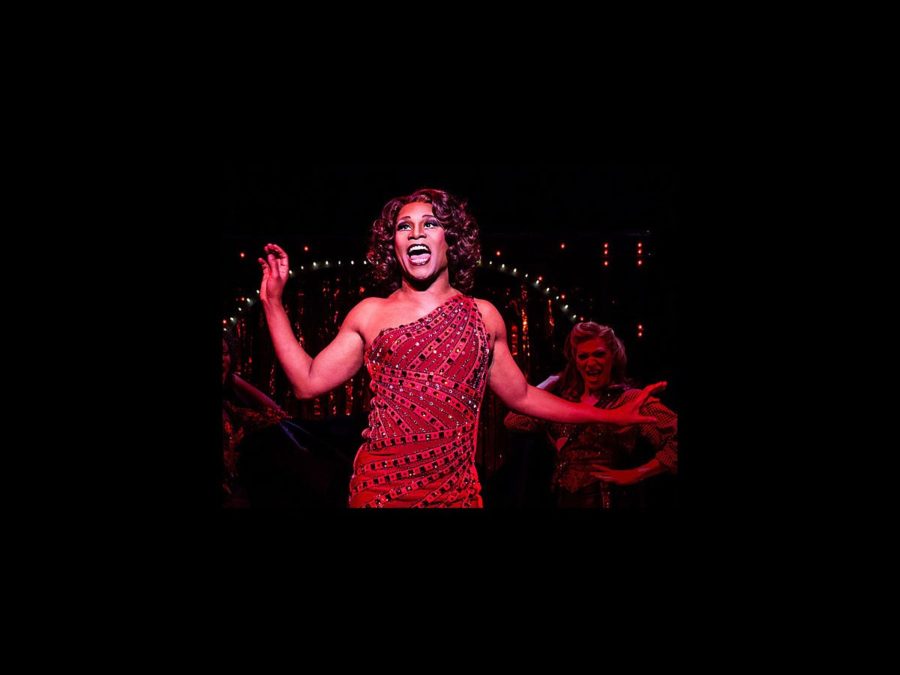 Kinky Boots‘ Billy Porter on Being a Star, Glam Wigs & His Barbra Dream


Shazam! And bam! Yes ma’am, Billy Porter is still the queen of Broadway as Lola in Kinky Boots. Fierce, funny and moving, Porter’s Tony-winning performance has lost none of its intensity as the show heads toward its 600th performance. The star recently chatted about what makes Lola beautiful, how his own looks have changed and his double life as a playwright and recording artist.

You’ve been killing it as Lola for more than a year. How do you keep your energy up?
There aren’t many hits like Kinky Boots, so when you get one, the gratitude that comes with it fuels your energy. From the time I started in this business, everybody told me that who I was and what I represented would never work. Well, I get to stand on stage every day and prove the naysayers wrong by doing exactly what they told me not to do. It’s astonishing, and I’m very grateful.

How long will you stay?
As long as my body can hold up and until something better comes along, and that’s a tall order. I’m the star of this show. That doesn’t happen very often for black gay men who are out, so I do not take this opportunity lightly.

Your ability to strut in those heels is awe-inspiring.
I am the personification of that child [Lola] at the beginning of the play: From the time I was six, I was always sneaking into my aunt’s closet and trying on her heels. And it’s not like I’m wearing a shoe from DSW or Payless—these shoes are built for us and cost thousands of dollars. The hard part is the stamina, but you just build those muscles.

So, is the sex really in the heel?
I’m in love with what a high heel does to a leg, how it makes a woman or a man feel. It’s empowering. So yeah, I do think the sex is in the heel [laughs].

Lola is gorgeous. Do you feel that, and embrace it?
What’s interesting is that for me, as a gay black Christian man in America, it’s never been about what I look like. This role has taught me that embracing both the feminine and the masculine inside of me is what makes my humanity beautiful. I thank you for seeing that.

Do you have a favorite wig?
Oh my God, they’re all my favorites for different reasons. The one I wear for the first act is very pixie and sassy. You may have to bleep this out, but we were going for that freshly f*cked look. The second wig is the big blonde curly one, which I love because I’ve never felt like a blonde. With the costume, it’s animalistic—sort of like a tigress. The “Hold Me in Your Heart” wig is very ghetto fabulous. I feel like Whitney Houston or Mary J. Blige, with that piece over the right eye. And that last wig is about as glamorous as it can get.

Give us the scoop on your new play While I Yet Live.
The story is semi-autobiographical. Epatha [Merkerson] plays a character based on my mother, Lillias [White] is based on my grandmother, Elain Graham is based on my great aunt and Sharon Washington is based on my mother’s best friend. It’s an amazing cast. When they walked in for the first reading, I was like, “Oh my God, I’ve written a play about three generations of African-American women.” [Primary Stages’ production begins on September 23 at the Duke on 42nd Street.]

Did you consider taking a leave from Kinky Boots to play yourself?
I felt like I needed to separate myself so that the play wouldn’t be seen as a vanity project. My first show, Ghetto Superstar, was written out of the necessity to create work for myself, but that’s a double-edged sword. I want people to experience this play free of perceived ego.

Let’s talk Twitter. Do you write those inspirational tweets?
I write a lot of them! [Laughs.] I’m trying to embrace social media because it gives artists a little more power than we’ve had in the past. I’d like to have a million followers.

You’ve sung so many different kinds of music. Why did you decide to release an album of showtunes, Billy’s Back on Broadway?
When I had a record deal in the '90s, that was my dream—to make an album like Barbra Streisand’s Broadway album—and they laughed me out of the room. Broadway wasn’t cool. But artists like Michael Buble and Josh Groban have brought the classic genre back to the forefront, so I’m trying to find my way inside that market. This is where I fit the best.

You look like a different person in old YouTube clips. Do you feel like you’ve lived several lifetimes, professionally speaking?
When I see old clips or old pictures, I think, “Oh. I’ve grown up.” Many of those clips are from my 20s, and there’s a lot of baby fat. I’m a grown man now, and I have grown into a look that is about being an adult.

Do you have time for a personal life? How do you relax?
I have a scotch on Sunday night [laughs]. I do a lot of sleeping. My personal life is not the greatest at the moment. I’m not dating anybody. I would make the time, but people who are not in the business get frustrated with my schedule. They can’t make the leap that the day they came to see the show isn’t the only day I did it.

Sounds like you should date an actor.
I wouldn’t mind that. But dating another man, there’s a lot of ego involved. I’m OK with being solitary, but I’m also open to sharing my life with someone. Whoever that person is will make himself available very soon.

See Porter in Kinky Boots at the Al Hirschfeld Theatre.