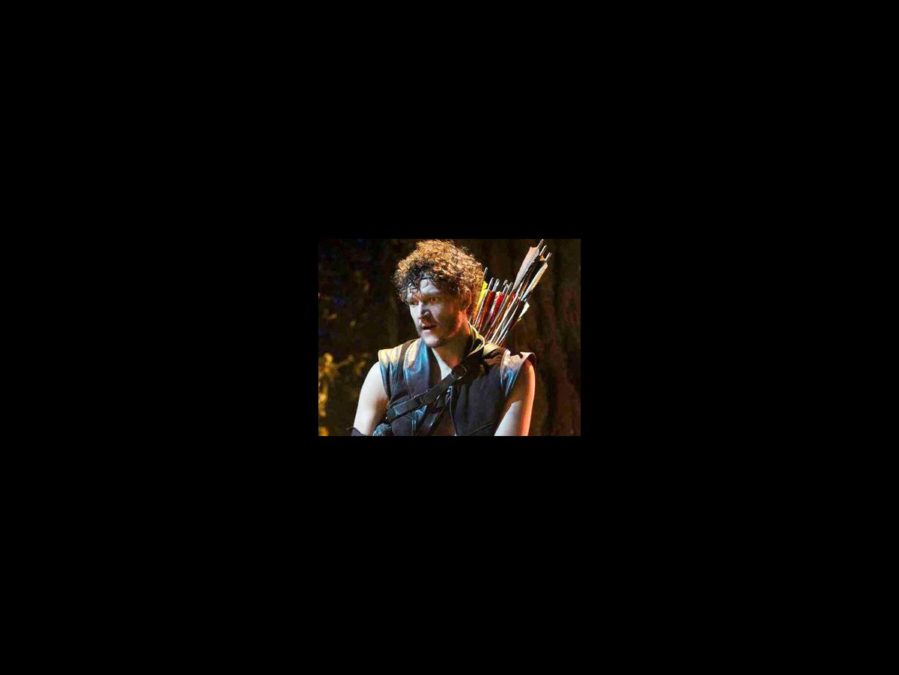 
Robin Hood and his Merry Men are coming to the Great White Way! The Heart of Robin Hood, a humorous new take on the tale of the classic vigilante, is heading to Broadway in spring 2015. The play, directed by Gisli Orn Gardarsson, is written by David Farr and features music by folk band Parsonsfield (formerly Poor Old Shine) and lyrics by the band and Farr. Performances will begin on March 10, 2015 at the Marquis Theatre, where it will run through August 23. Opening night is set for March 29. The show is currently playing Winnipeg’s John Hirsch Theatre and will later head to Toronto’s Royal Alexandra Theatre. It premiered at the Royal Shakespeare Company in Stratford-upon-Avon in 2011 and played the American Repertory Theater in Massachusetts in 2013.

In the new twist on the classic tale, Robin Hood and his band of outlaws steal from the rich, but they do not share their spoils with the poor and are unloved by the people, who must also pay unfair taxes to the evil Prince John as he plots to steal his brother’s crown. In this time of chaos and fear, Marion must boldly protect the poor and convince Robin to listen to his heart if they are to save the country.

The Heart of Robin Hood features sets by Borkur Jonsson, costumes by Emma Ryott and sound design by Jonathan Deans.