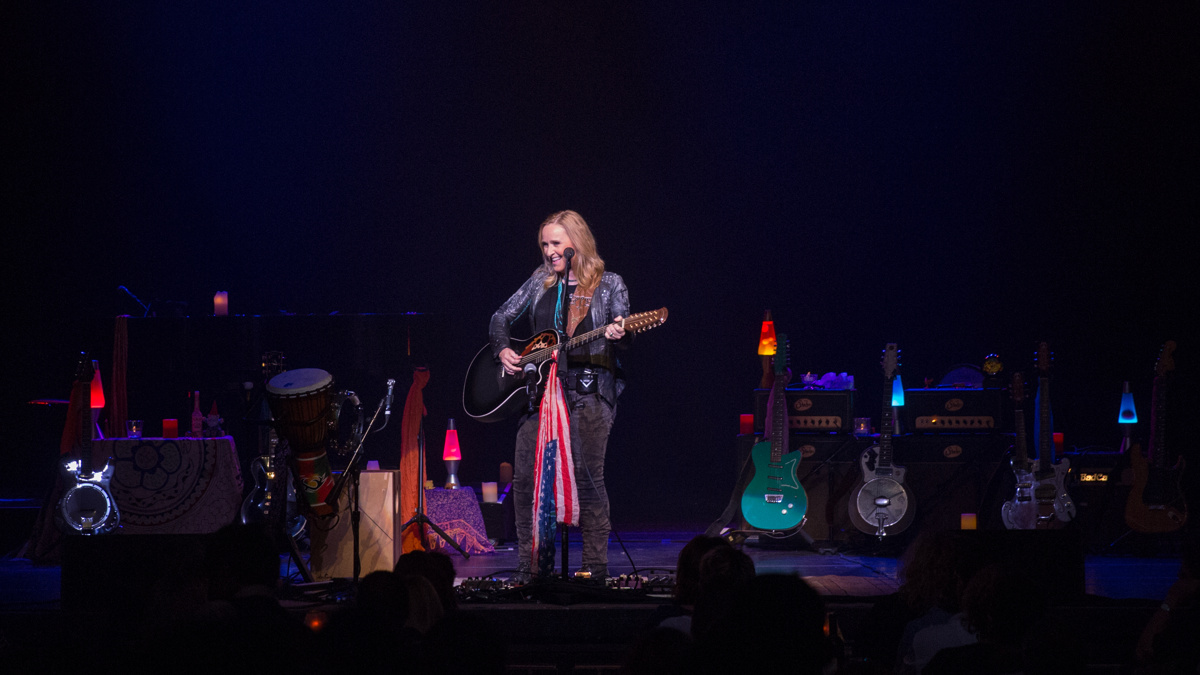 Melissa Etheridge on My Window – A Journey Through Life, Truth-Telling & Theater Dreams

Oscar and Grammy winner Melissa Etheridge begins performances in her show My Window – A Journey Through Life on October 13. On The Broadway Show with Tamsen Fadal, the rock star spoke with Broadway.com Editor-in-Chief Paul Wontorek about her career, staying true to herself and her off-Broadway stint, which runs through October 29.

Etheridge, whose show chronicles everything from her music-making to her battle with breast cancer to her sexuality, came out publicly early on in her career in 1993, the same year she released the album Yes I Am. “Come to My Window” won her a second Grammy Award for Best Female Rock Vocal Performance that year. “In the nineties, especially, before social media, it was hard to be gay, one, and in the closet and be famous,” she said. “They were always chasing you and stuff, and I didn’t like that at all, so I said, ‘Look, I’m just going to come out. I’m going to be truthful about myself and just see where it goes and see what happens.’ That way, I don’t have to worry about anything. Other people can worry about stuff if they want, but I’m not gonna worry about it. “I’m just being me and doing my thing.”

These days, “doing my thing” means getting vulnerable in a theatrical venue, something Etheridge has been inspired to do since Springsteen on Broadway in 2017. “It’s a dream come true. It really is,” she said. “I have always loved stage. My shows are made where we can set it up, we can rock the hell out of you for two hours, leave town, thank you very much, goodbye. It’s great and wonderful. I love it, and I’ll be doing that for the rest of my life. But to be able to be in one place and really set up production and set up a stage that’s going to tell a story from birth ’til now—I’m really excited.”

Etheridge made her Broadway debut in a weeklong stint as St. Jimmy in Green Day’s American Idiot in 2011. Her Broadway dreams haven’t stopped there. ” would love to write a musical with all original music,” she said.