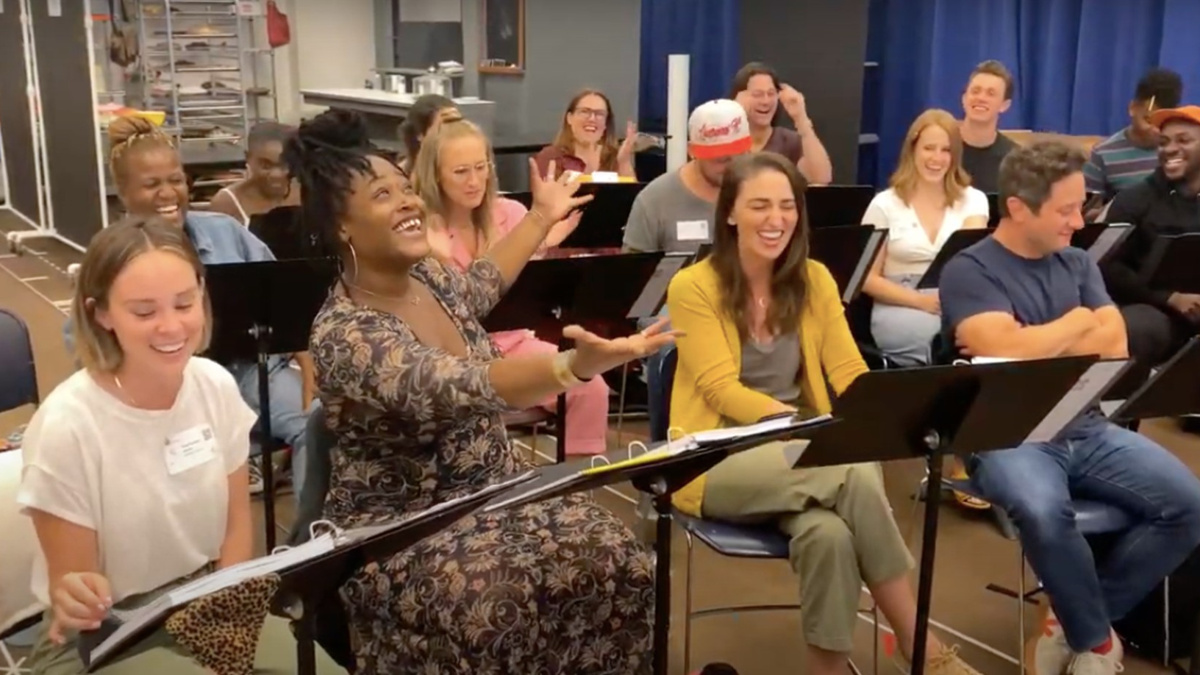 Now this is a recipe for Broadway joy! The cast of Waitress reunited for their first day of rehearsal on August 4, and Broadway.com has an exclusive look inside at their first time singing together since the show closed at the Brooks Atkinson Theatre in January 2020. As previously announced, the musical will bow once again beginning on September 2, this time at the Ethel Barrymore Theatre. Watch star and songwriter Sara Bareilles, Caitlin Houlahan, Charity Angel Dawson and the rest of the company sing "Opening Up" below!