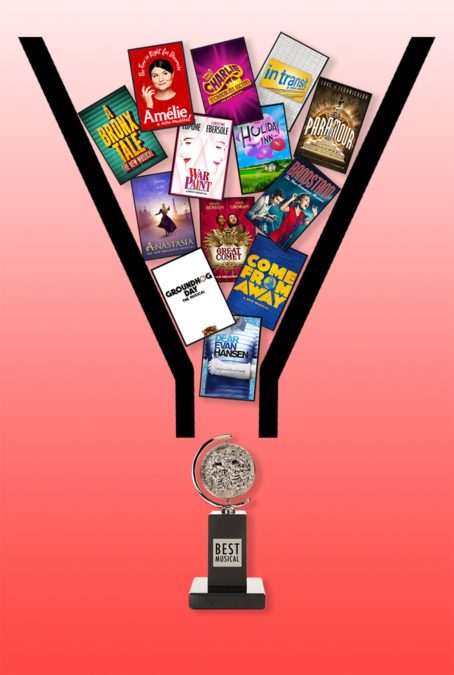 Nobody does musicals like Broadway. Every Broadway season feels chock full of big-hearted, big-singing shows that all compete for that final trophy on Tony Awards night: the one engraved with perhaps the two most important words in showbiz: Best. Musical. But have you noticed the 2016-2017 season has more musicals than almost ever before hoping to grab that spinning mantel must-have?


Since Hamilton monopolized the 2016 Tonys, Broadway brought us 13 new musicals, the final one opening tonight, just under the wire of the April 27 cut-off for Tony Award eligibility: the 1940s-set Bandstand, a completely original American musical set in the years following World War II.

In terms of numbers, this makes the 2016-2017 season the richest for new musicals in 36 years, since the robust 1980-1981 season, which brought hits like 42nd Street, Woman of the Year and Sophisticated Ladies as well as many quick closers that have long been forgotten like Fearless Frank, It’s So Nice to Be Civilized and The Moony Shapiro Songbook.

In that busy season, 42nd Street won Best Musical, kicking off an eight-and-a-half year run on Broadway, making it one of the biggest hits of the ‘80s. In the 1990s, musical theater fans didn’t have so many shows to cheer on—the number of new musicals never hit double digits and in 1995, Sunset Boulevard only had to beat out one other show for the trophy—the sexy and shimmying revue Smokey Joe’s Cafe. 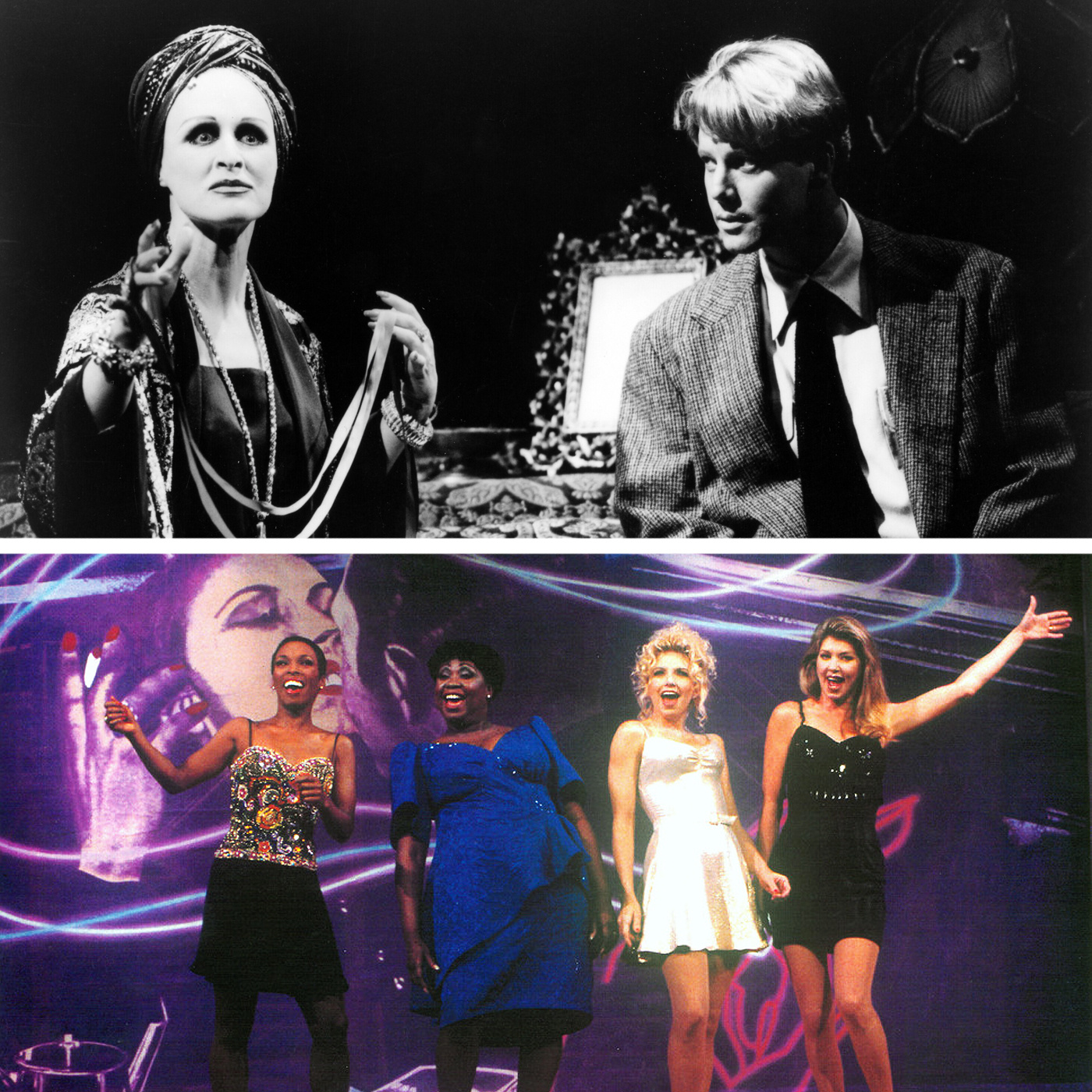 This season, there’s not even a revue—at one time the safest of Broadway ventures—in the batch of eligible shows. In fact, there’s plenty of risk and originality. Natasha, Pierre and the Great Comet of 1812 turned Tolstoy’s War and Peace into a high-brow spectacle, Cirque du Soleil’s closed Paramour introduced a hybrid entertainment that combined balancing acts with belters… And even if its plot didn’t feel daring, the dearly departed a capella musical In Transit had its talented stars make all the music with their mouths!

Although no Broadway season lately is without popular movie titles making the leap to musical form—Amelie, Anastasia, A Bronx Tale, Charlie and the Chocolate Factory, Groundhog Day and Holiday Inn all fit the bill this year—there are just as many untested titles in the mix, most notably the first smash of the season, Dear Evan Hansen, and the 9/11-themed Come From Away. 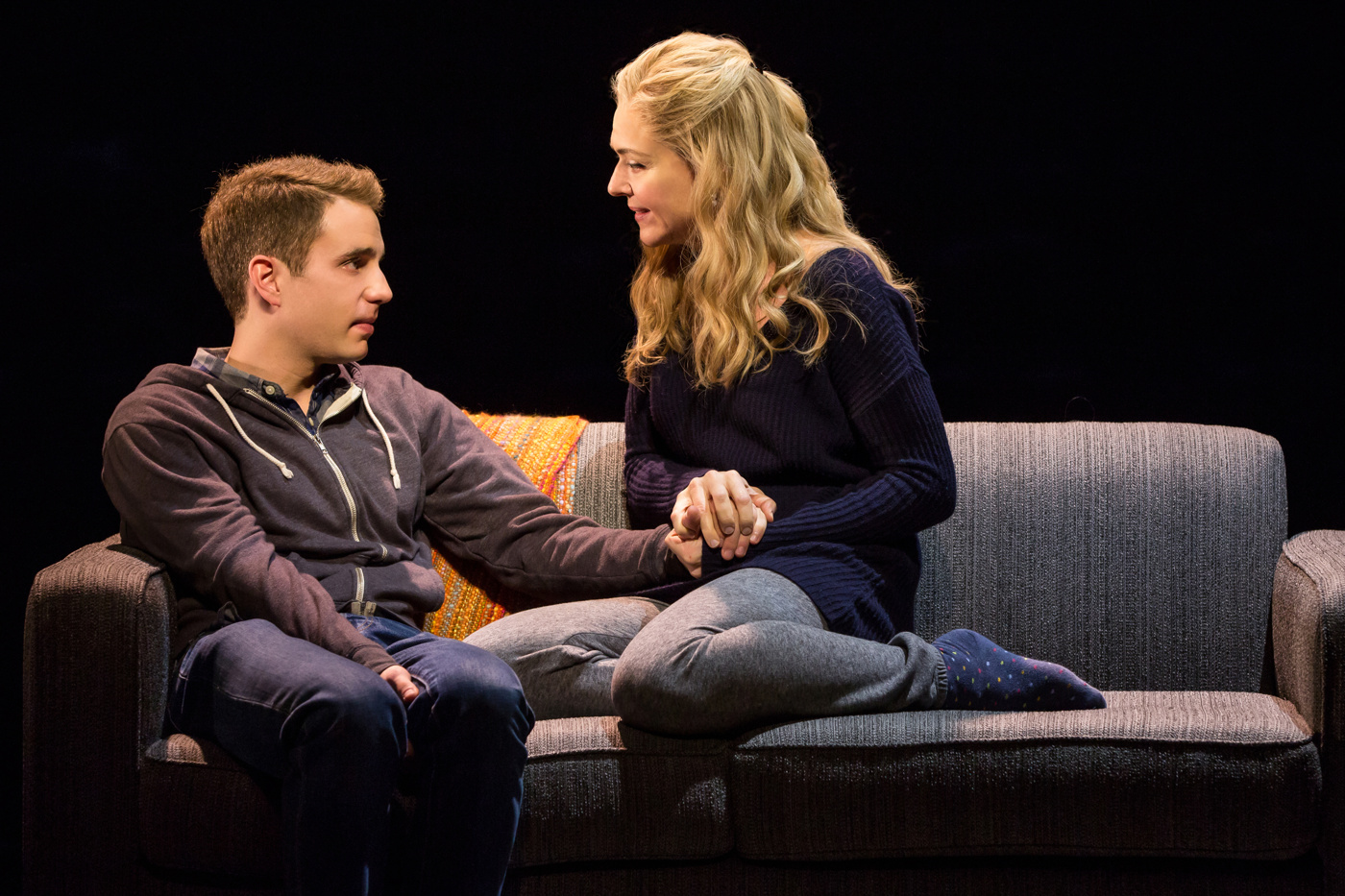 So Big: Ben Platt and Rachel Bay Jones in "Dear Evan Hansen," an early favorite since the fall. (Photo by Matthew Murphy)

Of course, more musicals mean more snubs, so producers all over town are anxiously awaiting the 2017 Tony nomination announcement on May 2. Thirteen shows fighting for four slots make the chances of a nomination slimmer than ever. (Tony nominators can—and did in 2016—add a fifth nominee if voting is close.)

Well-loved by critics and audiences, the emotional Dear Evan Hansen is a virtual lock for one of the slots. The Great Comet has been a box office favorite since opening late last year and is the kind of big, dazzlingly designed entertainment that tends to do well during awards season. Another big contender is Groundhog Day, which earlier this month won the Olivier award for Best Musical and is gaining steam as a late-season favorite. 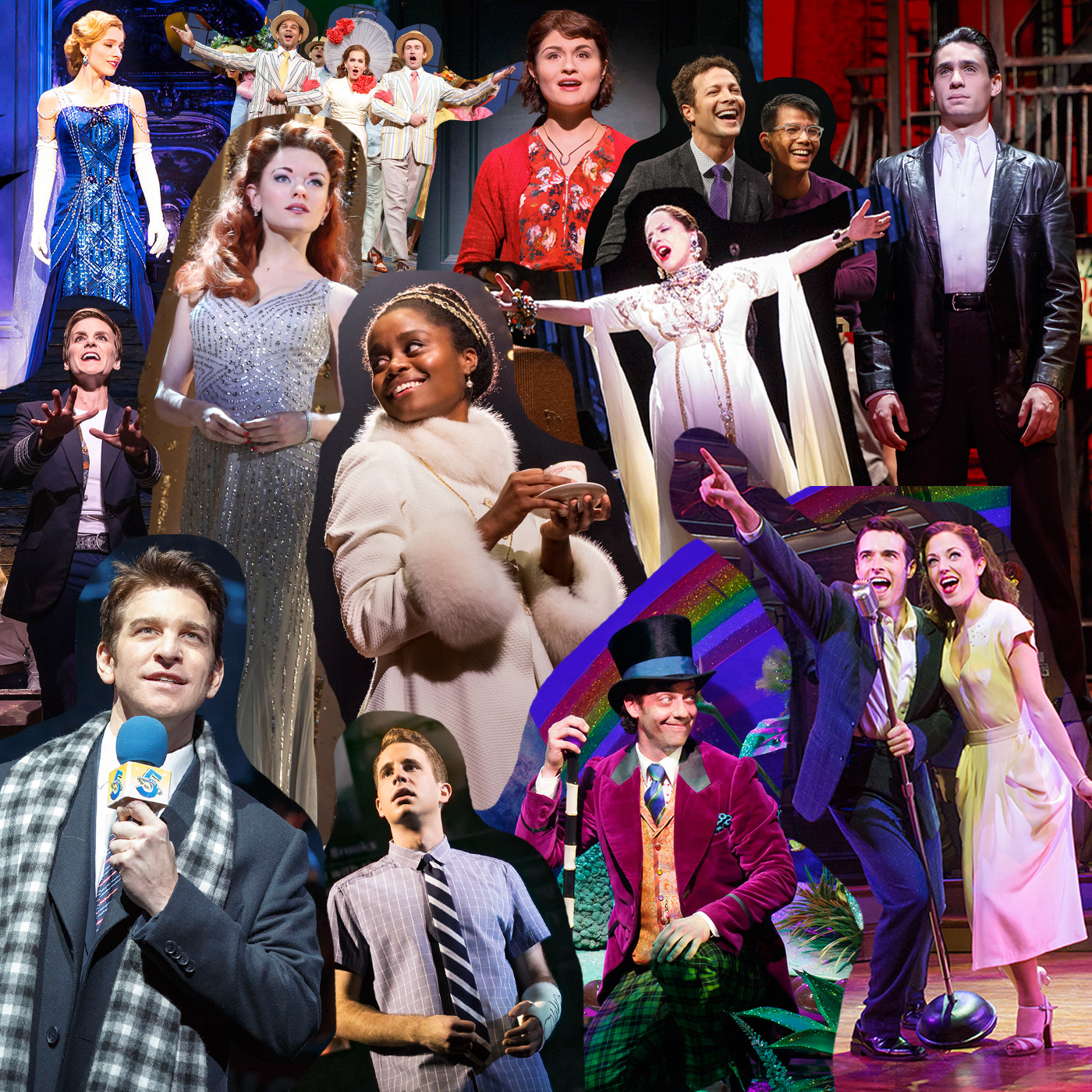 But there's plenty more shows to consider, many of which would be locks in a less-competitive year. The big-hearted Come From Away built great word-of-mouth during its journey to Broadway, which took the show to the West Coast, Washington, D.C., Canada and even Gander, Newfoundland before getting positive reviews in New York. A Bronx Tale has been a crowd-pleaser since opening at the Longacre Theatre in the fall and hits all the classic musical buttons. War Paint is wildly creative—an engaging musical about make-up?!—and features top-tier creative team talent crafting an original musical featuring two adored stars, Christine Ebersole and Patti LuPone. With its emotional story and beloved songs, Anastasia has all the makings of an audience favorite, and will seemingly have a healthy run whether nominators deem it worthy or not.

Years from now, the industry will look back and everything will seem incredibly obvious. Of course, those musicals got nominated. Of course, that musical won the trophy on Tony night. But from where we’re standing today, 13 shows are up for a hell of a fight.