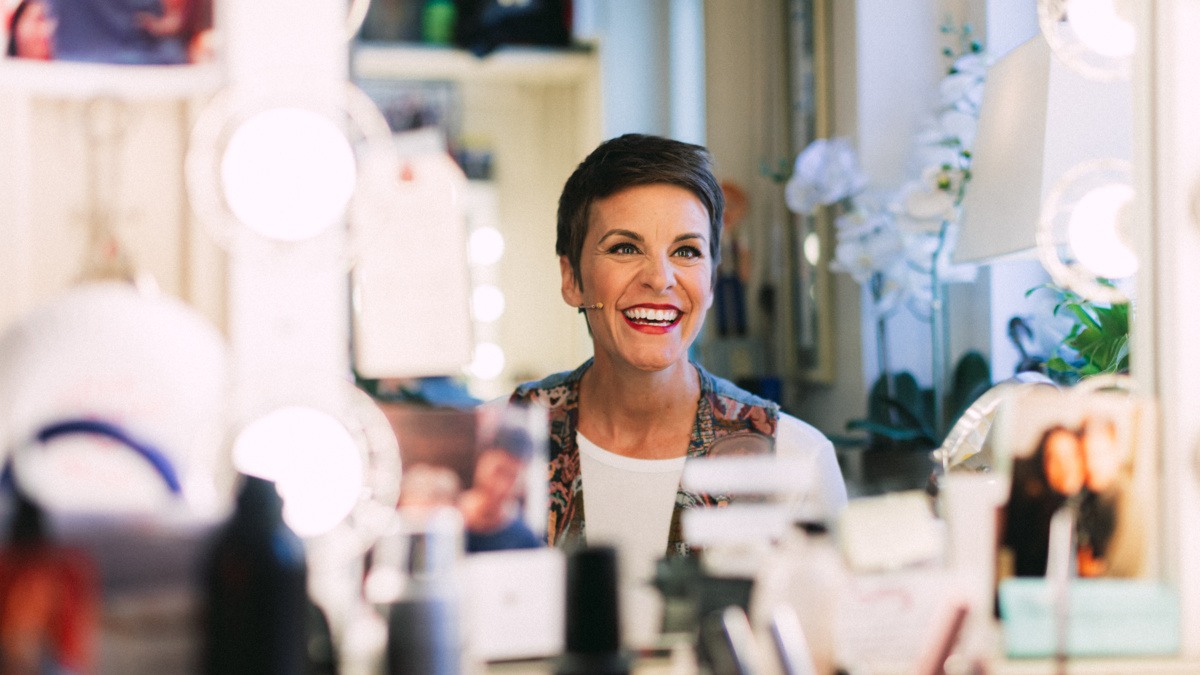 Welcome back to the rock, Jenn Colella! The Broadway alum and former Broadway.com vlogger, who received a 2017 Tony nomination for her performance as real-life pilot Beverley Bass, returned to Come From Away as part of the Broadway production's filmed performance, scheduled to premiere on Apple TV+ on September 10. Colella spoke with Emmy-winning anchor Tamsen Fadal about the emotional experience on Broadway Profiles.

"I definitely had some trepidation moving into the experience because I wasn't warm, because I'd spent the last year in sweatpants," Colella said. "But once I got that captain's jacket on, and I was on that set and with those people, it did feel a little bit like riding a bike. I got back into it."

Colella, who originated her Come From Away role, talked about the uniqueness of performing the show for the cameras. "To have all of the crew and boom operators and then this huge crane that had its own little personality that kept coming into our faces—it was truly a lesson in focus," she said. "We had an audience for the taping—not a full house, obviously but people who had been tested several times and gone through a rigorous screening process. They were held in the Golden Theatre [before the performance]. As we arrived on set that day for our call, they were bringing them out to put them into the audience, and they saw us and just started applauding and going nuts, and we lost it. It was so emotional."

Watch the interview below, and head here to check your local listings for Broadway Profiles. Hosted by Fadal and powered by Broadway.com, it is the only nationally syndicated weekly theater news program.