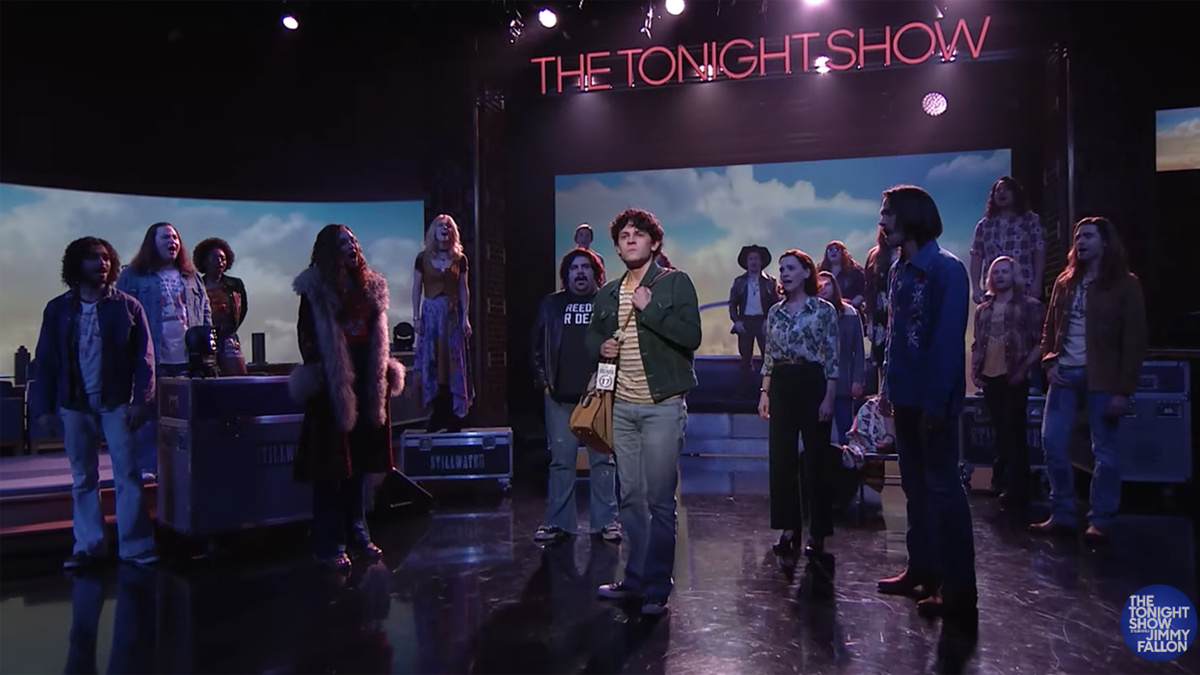 Get ready for Almost Famous! The new musical, based on Cameron Crowe’s 2000 film, began performances at the performances at the Bernard B. Jacobs Theatre on October 3 and is showing audiences what it’s all about. The show, which stars Casey Likes as William Miller, Solea Pfeiffer as Penny Lane, Chris Wood as Russell Hammond, Drew Gehling as Jeff Bebe and Anika Larsen as Elaine Miller, performed Elton John’s “Tiny Dancer” on The Tonight Show Starring Jimmy Fallon. The new musical features a score by Tom Kitt with a book and lyrics by Crowe as well as famous tunes from the ’70s. Almost Famous is directed by Jeremy Herrin and officially opens on November 3. Check out the video below!