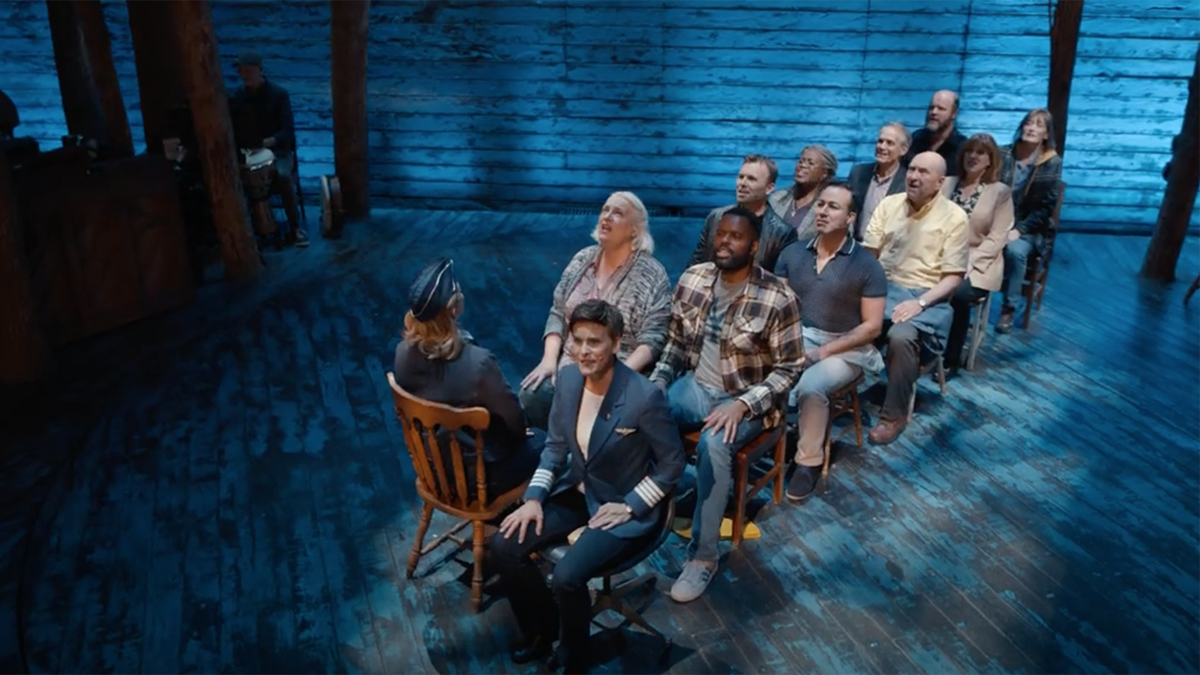 The previously announced filmed stage production of the Broadway musical Come From Away is getting ready for its premiere on Apple TV+ September 10 with its first full-length trailer. Jenn Colella reprises her Tony-nominated turn as Beverley/Annette and others with fellow original Broadway cast members Petrina Bromley, Joel Hatch, Caesar Samayoa, Q. Smith, Astrid Van Wieren and Sharon Wheatley. Former Come From Away cast members De’Lon Grant, Emily Walton, Jim Walton, Paul Whitty and Tony Lepage also return to the stage. The live performance was filmed at Broadway’s Gerald Schoenfeld Theatre. It tells the story of 7,000 people stranded in the small town of Gander, Newfoundland after all flights into the U.S. are grounded on September 11, 2001. As the people of Newfoundland graciously welcome the “come from aways” into their community in the aftermath, the passengers and locals alike process what’s happened while finding love, laughter and new hope in the unlikely and lasting bonds that they forge. The Broadway production of Come From Away will resume performances on September 21. Check out the trailer below!