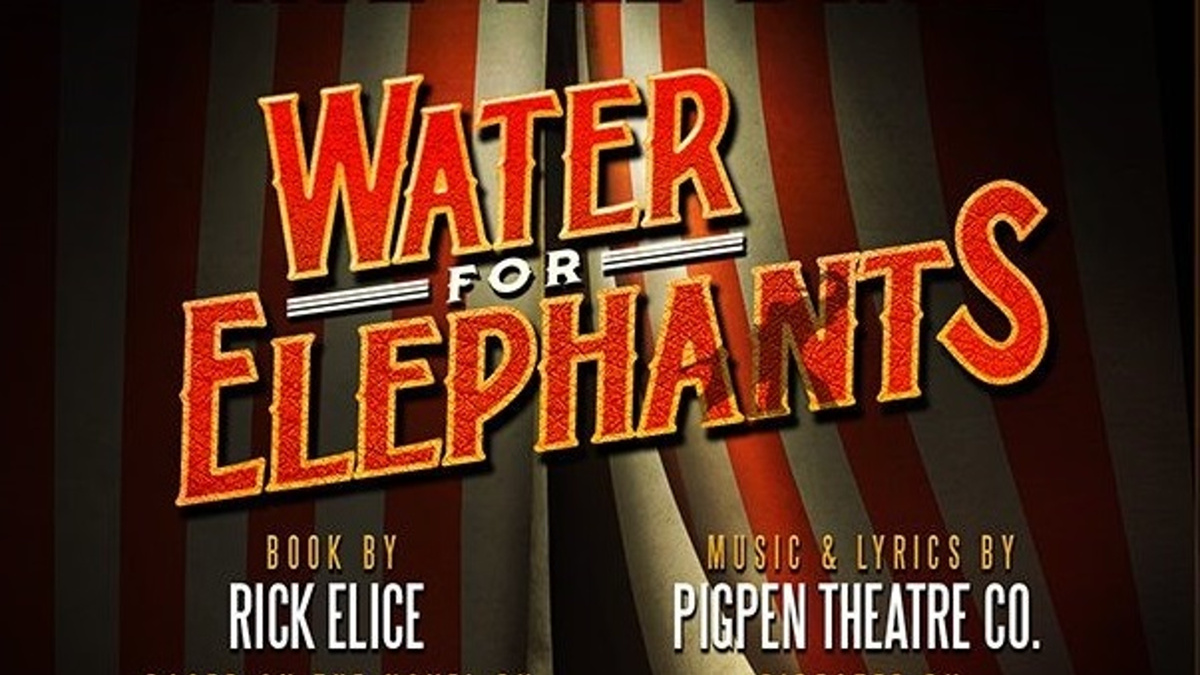 The new musical Water for Elephants, based on the novel of the same name by Sara Gruen, will have its world premiere at Atlanta’s Alliance Theatre next summer. The production will play at the theater’s Coca-Cola Stage beginning on a date to be announced. The previously reported musical is helmed by Kimberly Akimbo director Jessica Stone and features a book by Rick Elice and a score by PigPen Theatre Co.

Water for Elephants is an adventure filled with romance, deception and a little bit of magic, all under the big top of a traveling circus. Running towards a new life, Jacob Jankowski hitches a ride on a mysterious train. He finds himself in the heart of a traveling circus, the Benzini Bros Most Spectacular Show On Earth, with a new job, a new home,and a new family. When charismatic ringmaster August brings Rosie the elephant on as the new star attraction, Jacob and August’s wife Marlena join forces to train her. As Jacob and Marlena’s shared compassion develops into love, August’s cruel nature surfaces, threatening to derail Jacob’s life once more.

The musical will serve as the final production for Alliance Theatre’s 54th season, which also includes Branden Jacobs-Jenkins’ Everybody, A Christmas Carol, Katori Hall’s Pulitzer Prize-winning play The Hot Wing King, The Many Wondrous Realities of Jasmine StarrKidd and Lonely Planet.